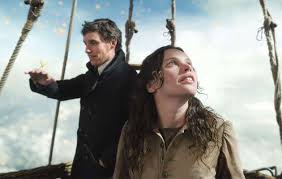 f you pay attention to new movies, you have likely been aware for a while that The Aeornauts  came out December 6th to mixed reviews from audiences and critics.

Handily portrayed by Edddie Redmayne and Felicity Jones, the film is based on the true story of the life of James Glaisher from Britain.

In the real story, Glaisher set a record in 1862 for soaring to new heights in a hot air balloon.

At the time, this was a hugely special event as air travel was a still a dream in the making and balloon technology was not well known yet either.

In The Aeornauts, Jones artfully plays a female aeronaut who overcomes doubts about her abilities and the fact that she is a woman in order to assist Eddie Redmayne, playing Glaisher, in his historic flight.

The story is inspiring and enjoyable and provides a ton of feel good enjoyment as the two make history and prove that women can do anything they feel inspired to do.

The trouble with the tale as crafted by the script writers, is that the real co-pilot on this daring and historic flight was actually a man, named Tracey Coxwell.

Critics and those who are aware of the actual story have expressed frustration that Hollywood modified the story to try and pedal it more effectively to audiences.

History buffs are irritated by the way the story was warped to be more attractive to audiences and feel that the changes that were made completely negate the point of producing the story at all.

The final nail in the coffin is the fact that Coxwell actually was the one who piloted the balloon to its final altitude of 38,000 after Glaisher passed out.

He actually saved both of their lives when he managed to bring the balloon down from its dangerous height.

He suffered severe frostbite and had to control the balloon’s valves with his teeth.

That is the stuff that makes for an enjoyable story full of drama and heroism.

So why did the team behind the script and the producer feel the need to twist the truth in such an egregious way?

Harper defended his script by saying that there were many balloon aeronauts during this time and that most of them did not provide enough historical material to write a complete movie about them.

The melding of stories was needed to make for a complete movie.

For those who enjoyed the movie and are not as attached to history, the introduction of minorities and women into a tale that would have been populated only with white men otherwise, makes the story worth experiencing.

Producer Tom Harper argues that the changes that were made were necessary to represent society the way it is now and make the story relatable to modern audiences.

He states that he used real female balloon pilot Sophie Blanchard as his inspiration when creating the character of Amelia Wren.

He argues that the character of Amelia belongs in his imaging of the real story behind Glaisher’s flight because she does not get enough credit herself for her achievements.

He felt that she deserved to be represented in his movie.

This argument might satisfy some of those who watch the film, but many critics and many feminists are arguing that there was no need to wedge a female character into the story to stand in the stead of a real, compelling female aeronaut who is more than worthy of her own film.

For those who are not happy with the rendition of Glaisher’s story as presented by Tom Harper, it would have been more compelling to craft a tale about Sophie Blanchard herself.

The moral of this story is that, The Aeronaut is an enjoyable film if you are looking for fun and flair but not facts.

If you are looking for facts, just go watch another movie.

If you want an enjoyable ride that represents women in all the right ways and offers an inclusive cast, then this is the perfect movie for you.

The Aeronaut is a lovely film in its own right, even if it is historically inaccurate. 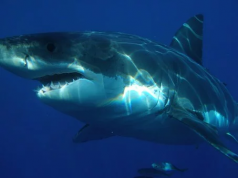 Did Hollywood Ruin the Real History Behind the Aeronauts?

The Stuff About Money You Wish You Had Learned in School

Natural Cat Litters: What You Need to Know

Big Future for Trading: What Does it Look Like?

We provide you with the latest breaking news and videos
Contact us: contact@dailywowza.com

Did Hollywood Ruin the Real History Behind the Aeronauts?

The Stuff About Money You Wish You Had Learned in School